After a year of 3D scanning, modelling and 3D printing, the fully 3D printed replica of the t. rex is finished. The 12 meter long and 5 meter tall replica will be shipped to the Japanese Dinosaur Museum late April 2021.

In 2013 a small t. rex bone was found in a field in Montana, USA. A team from Naturalis traveled to Montana to find out if there were more t. rex bones hidden in the ground. Soon after they started digging, they knew that they were on the right track. After weeks of carefully digging, they found a fantastic well preserved Tyrannosaurus rex skeleton which was unusully complete. It was only missing a large hip bone, the claws and parts of the jaw. After a crowd funding campaign, Naturalis was able to get the t. rex to their museum in Leiden. By 3D scanning the right hip bone, mirroring it and 3D printing it, they were able to complete the original skeleton which has been on display since 2016. 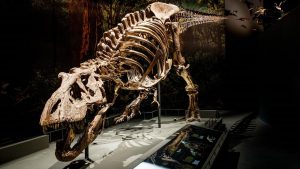 After a huge reconstruction of the museum, Naturalis opened its doors again August 2019 with a dedicated exhibition area for their dinosaur collection. The t. rex is one of the biggest attractions of the museums and other museums were very interested in the t. rex. The Japanese Dinosaur Museum wanted to get their hands on a t. rex as well and when they found out that Naturalis has its own 3D scanning and 3D printing lab, they requested to have a full size replica in a slightly more attacking/walking position than the original t. rex. 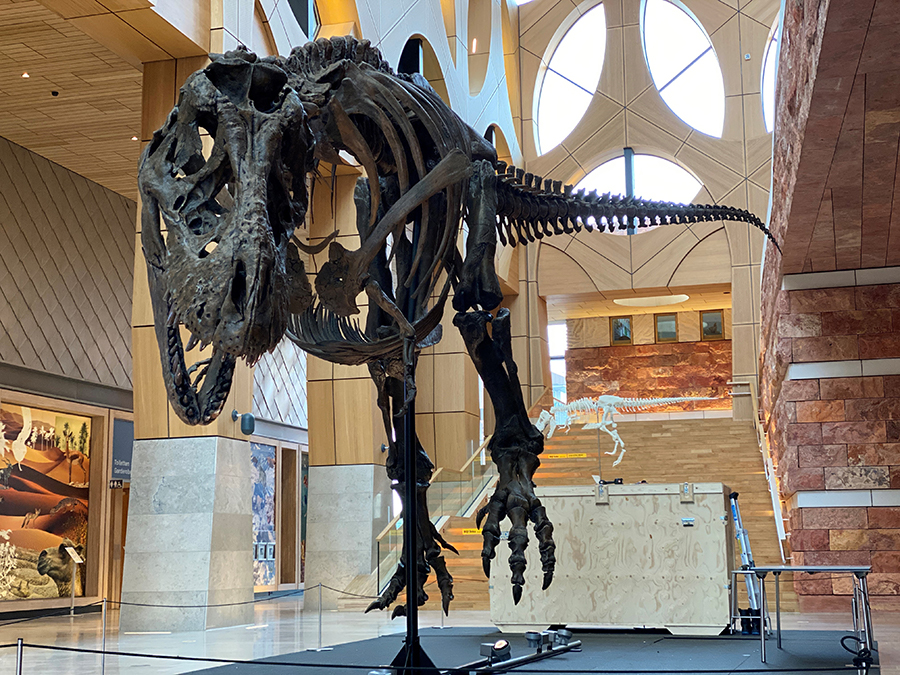 To digitalize the original t. rex and to be able to 3D print it, the skeleton had been carefully taken apart so that all the bones could be 3D scanned individually. With the 3D model, it was possible to change the position of the t. rex as requested by the Japanese Dinosaur Museum. Another huge advantage of having all the bones in 3D files is that Naturalis was able to integrate the full metal frame, which holds all bones in place, inside the bones. This makes the replica even more realistic. 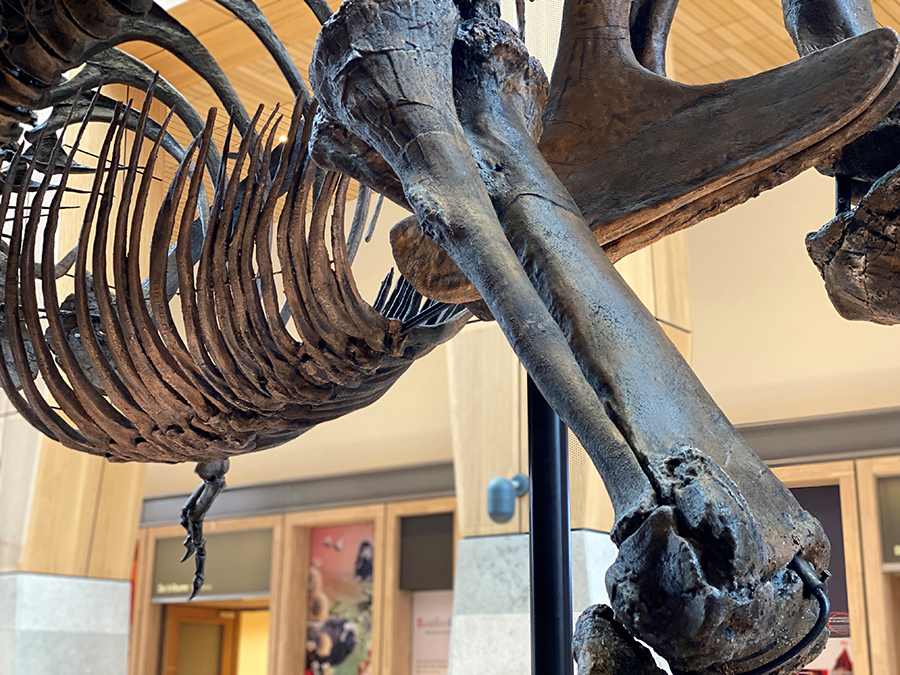 After the 3D models were prepared and the position of the t. rex was approved, the 3D printing started. Naturalis owns 2 Builder Extreme 1500 PRO 3D printers and have previously used them for other dinosaur projects. In total, 300 bones have been 3D printed on the Builder Extremes, from the extremely large skull to the very small bones of the claws. Some parts, such as the skull and hip bones, have been cut into 2 or 4 pieces to print the parts in the most efficient way, so using less support material and simply because they were too big. All bones have been 3D printed in the highest resolution using a 0.3 mm layer height and 6% infill and the material used for this project was PRO1, a very strong PLA based material. 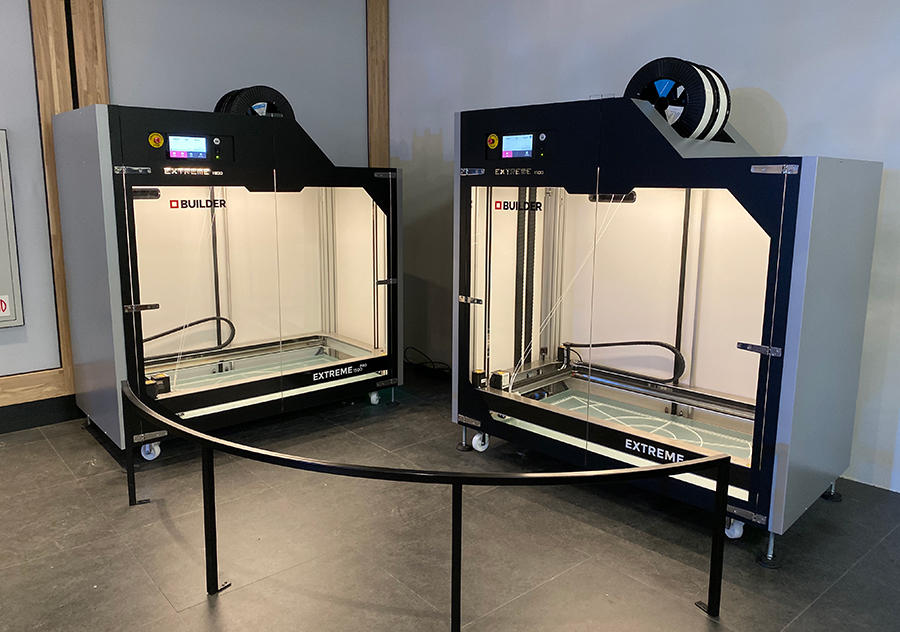 When the bones were printed out one by one, the paint expert started with painting all of the bones by hand. Every 3D printed bone was taken to the original skeleton to make an exact replica of the colour for that specific bone. Then it was time to integrate the frame into the bones. This hasn’t been done before and it worked out perfectly. When you see the 3D printed t. rex, you hardly see any steel parts of the frame. 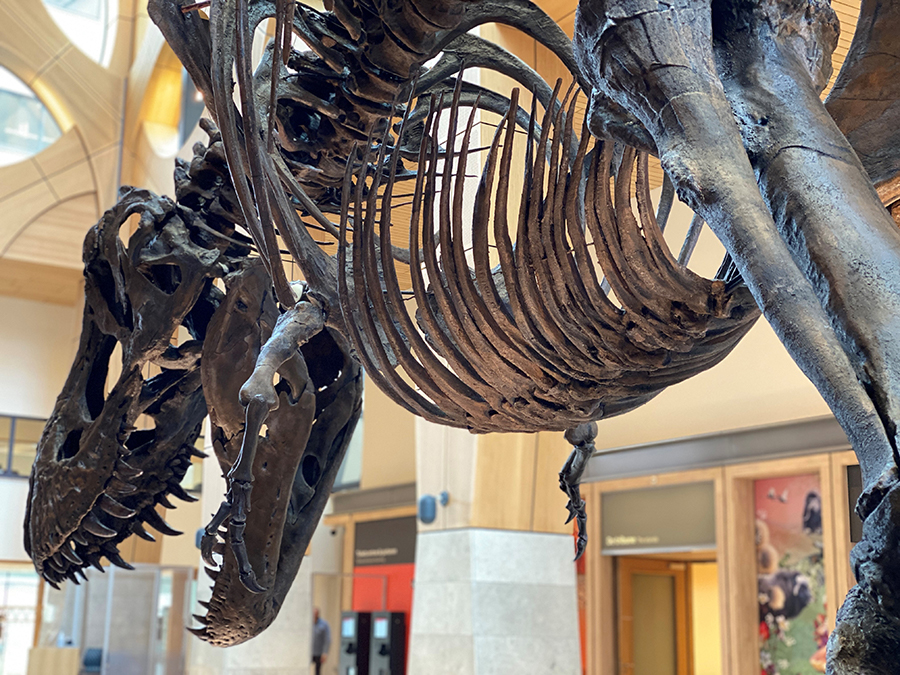 The entire process of assembling the 3D printed bones onto the frame took place in the beautifully designed atrium of Naturalis. After the first assembly, they took the replica apart a few times to make a detailed manual of how to put it together. The replica will now be packed and shipped to Japan and will be on display at the Dinosaur Museum Japan from October 2021.

This website uses cookies to improve your experience while you navigate through the website. Out of these, the cookies that are categorized as necessary are stored on your browser as they are essential for the working of basic functionalities of the website. We also use third-party cookies that help us analyze and understand how you use this website. These cookies will be stored in your browser only with your consent. You also have the option to opt-out of these cookies. But opting out of some of these cookies may affect your browsing experience.
Necessary Always Enabled
Necessary cookies are absolutely essential for the website to function properly. This category only includes cookies that ensures basic functionalities and security features of the website. These cookies do not store any personal information.
Non-necessary
Any cookies that may not be particularly necessary for the website to function and is used specifically to collect user personal data via analytics, ads, other embedded contents are termed as non-necessary cookies. It is mandatory to procure user consent prior to running these cookies on your website.
SAVE & ACCEPT